We’re excited to be able to offer our patients the groundbreaking new technology Neurosage, developed by SNA BioTech. Some of the benefits of the Neurosage Technology include: 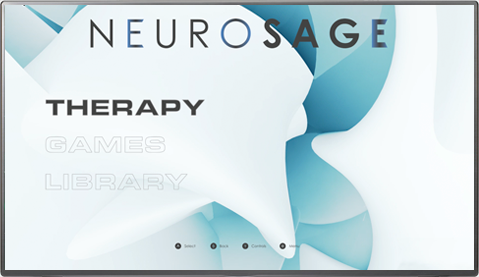 NeuroSage enables the brain and the body to work synergistically via a process called Systemic Neural Adaptation. Systemic Natural Adaptation uses visual, physical, and auditory stimulus to intentionally change the function of the body overtime by carefully applied neural stimulus for neurochemical activation. It does this via manipulation of the neurotransmitters Dopamine and Serotonin. It targets specific areas of the brain that communicate with the sensors and receptors located throughout the body, which run the entire length of the body’s vast network of nerve pathways and act as electro-chemical inputs and outputs.

Dopamine and Serotonin are vital components in processes related to human physiological conditions, and control many processes and organs in the body that regulate its function. They communicate with the brain to ensure that the movements, emotions, and processes associated with cognition and mood are carried out in a controlled way. Science has proven that raising levels of dopamine and serotonin in the body can produce dramatic beneficial results in cognitive ability and performance.

When our production of the neurotransmitters dopamine and serotonin becomes compromised, we experience a breakdown in communication between the brain and the body. When this happens it causes the brain to send messages in an uncontrolled way, which can result in a wide variety of potentially harmful symptoms.

Neurosage is a non-invasive therapy that has a wide variety of clinical applications in regards to managing these symptoms including, but not limited to: